Get fresh music recommendations delivered to your inbox every Friday.
We've updated our Terms of Use. You can review the changes here.

A Tribute to Patrick Enright 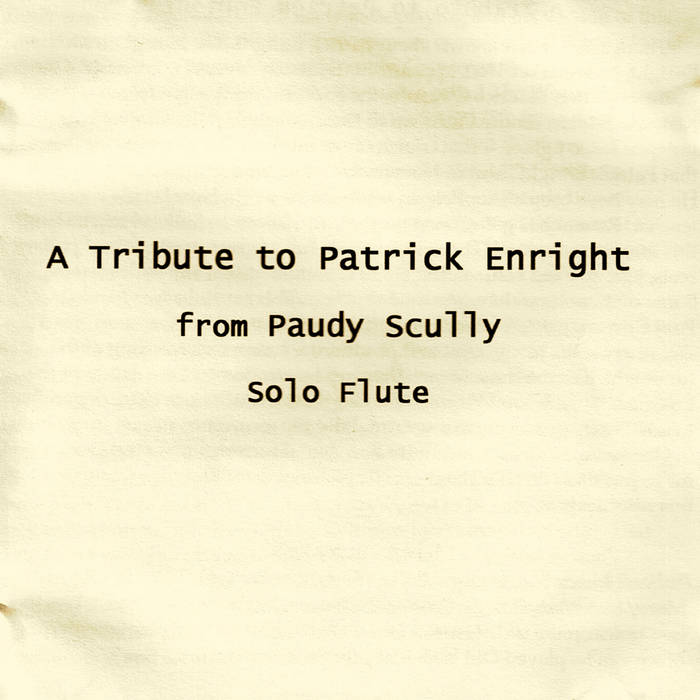 There is not much known about Patrick Enright. The name Patrick
Enright, Newmarket 1860, appears on the inside cover of a musical
manuscript that Maurice O'Keeffe, the Kiskeam ﬁddler, got from another Kiskeam fiddler, Jimmy Cashman of Knocknamuckla, the famous War of Independence ﬁghter, a first cousin of my mother. There is some evidence that Patrick Enright lived in Newmarket some time around this given date. He may have been a shopkeeper, some say he might have been a Concertina teacher. Research is going on at present, and I hope to ﬁnd out more about this forgotten minstrel. The manuscript is full of great music, lots of polkas, reels, jigs, airs and Waltzes, but we have not identified any slides so far.
Some of these tunes have unusual rhythms. There may be two hands in it. Paul Cox, a musician who lives in Pforzheim in southern Germany, read and rewrote the manuscript and produced a computer recording of the tunes which enabled me to pick them up by ear. Some of the names of the tunes are illegible, and I have identiﬁed them as such or as close as possible to what is written in the manuscript. I did the recordings myself in my home in Herxheim, Germany, on a minidisc digital recorder, and Paul Cox helped me to put them on CD. There are eleven tunes from Enright's manuscript on this recording.

Bandcamp Daily  your guide to the world of Bandcamp